At ReflecTeen we understand that healthy social and family relationship is essential for positive outcome in youth development however, not every child is equipped to full capacity to build positive relationships. Consequently, challenging behaviour amongst young people spans gender, family structure and environmental influence in that many parents find it a taboo to speak up or seek help when young people begin to exhibit challenging behaviour.

We work preventatively to support young people to develop positive social networks whilst building the strength to avoid offending lifestyle and equipping them with the right motivation to steer away from becoming perpetrators or victims of crime as we strongly believe that given the right tools and core strategies it is possible to subjugate the likelihood of risk factors to offending behaviour among our youths.

I am so pleased with how I have matured and progressed under the mentorship of Reflecteen. I had rough teen years and this made me uptight. But I am thankful for the day I signed up to Reflecteen hub, attending meetings and taking advice on board has brought my family a lot closer. Now I am excited about what my future holds.

ReflecTeen Hub organisation has helped my 2 sons to build a better relationship with school authority and police. I had serious issues with my parenting style which I didnt realise at the time, however my kids became a certain way and began to perceive authorities especially the police in a certain manner. ReflecTeen was able to step in and mentored my sons. This changed their orientation totally, they began to see the Police as normal ordinary people and accord them the respect that they deserve. I and my sons are grateful for all the support we have received from ReflecTeen and pray that you will get all the resources that you need to move this organisation forward. Thank you so much

Formed in 2006 supporting family members, youth in churches, and friends with troubled teens in the community. Particularly those whose parent are far away from them or in another country.

We have since grown and registered to provide support through intensive mentoring, guidance and holistic support for teens and parent of teens.

We have lots planned on the run up to Christmas and the coming new year - you can view all upcoming events in the Hub!

We also have 1 2 1 mentoring available 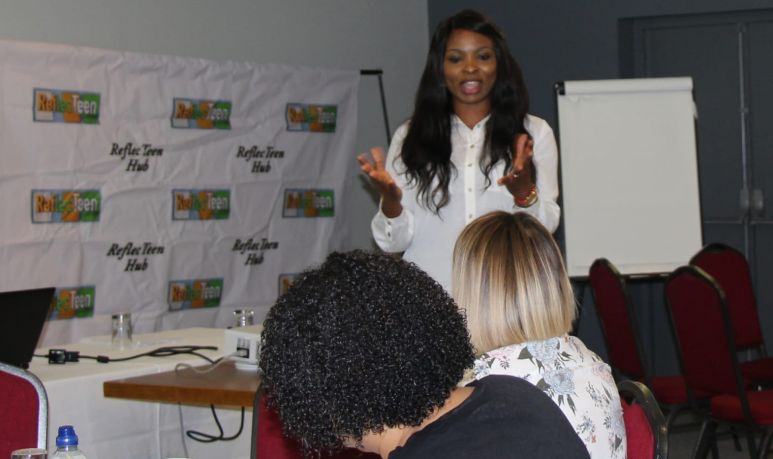 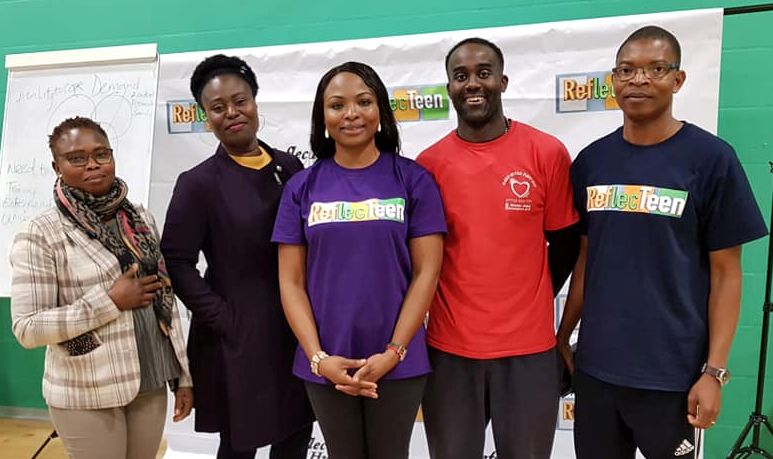 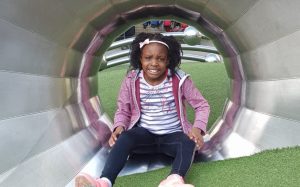 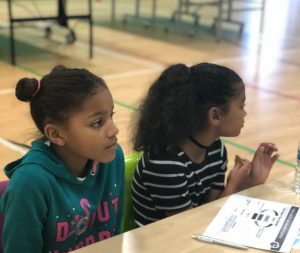 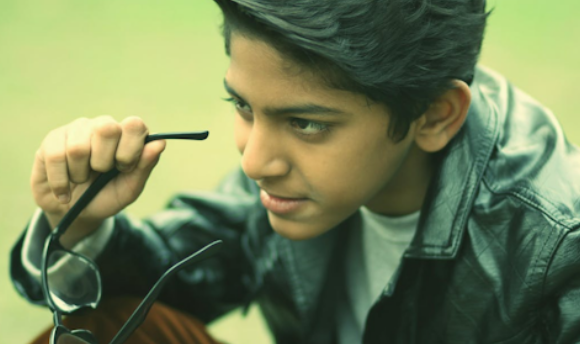 We equip family members with tools that enable them to embrace their unique cooperative values and share positive attitude that promotes mutual understanding and respect. 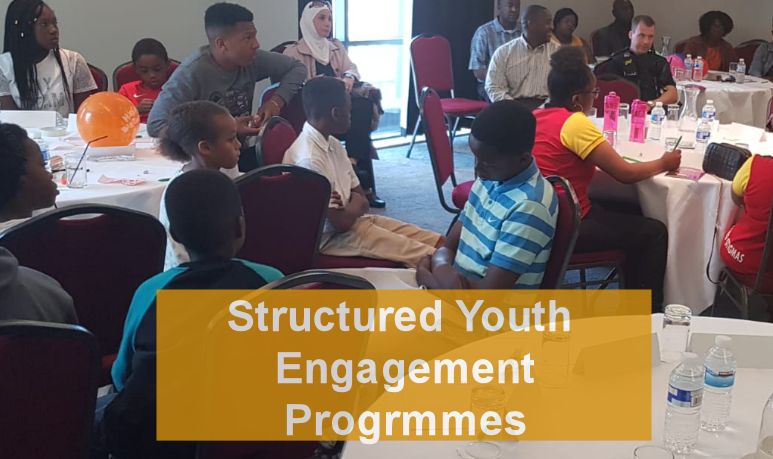 Our structured youth engagement programme aims to equip young people with adequate tools and confidence to positively respond to challenges that may come their way.

At ReflecTeen Hub we believe that every young person is embedded with great potential to lead a purposeful life, however having an healthy and positive relationship is inevitable to keep focus and motivated.  Unfortunately not everyone have the privileged to be nurtured through this seemingly challenging stage of life. Thus we hope to breach the gap and meet the need of our young people as they face real life change.

We encourage mutual respect, support and encourage cooperative values such that is not limited to the family relationship alone but also sufficient cooperation through coaching, counselling and mentorship programmes. 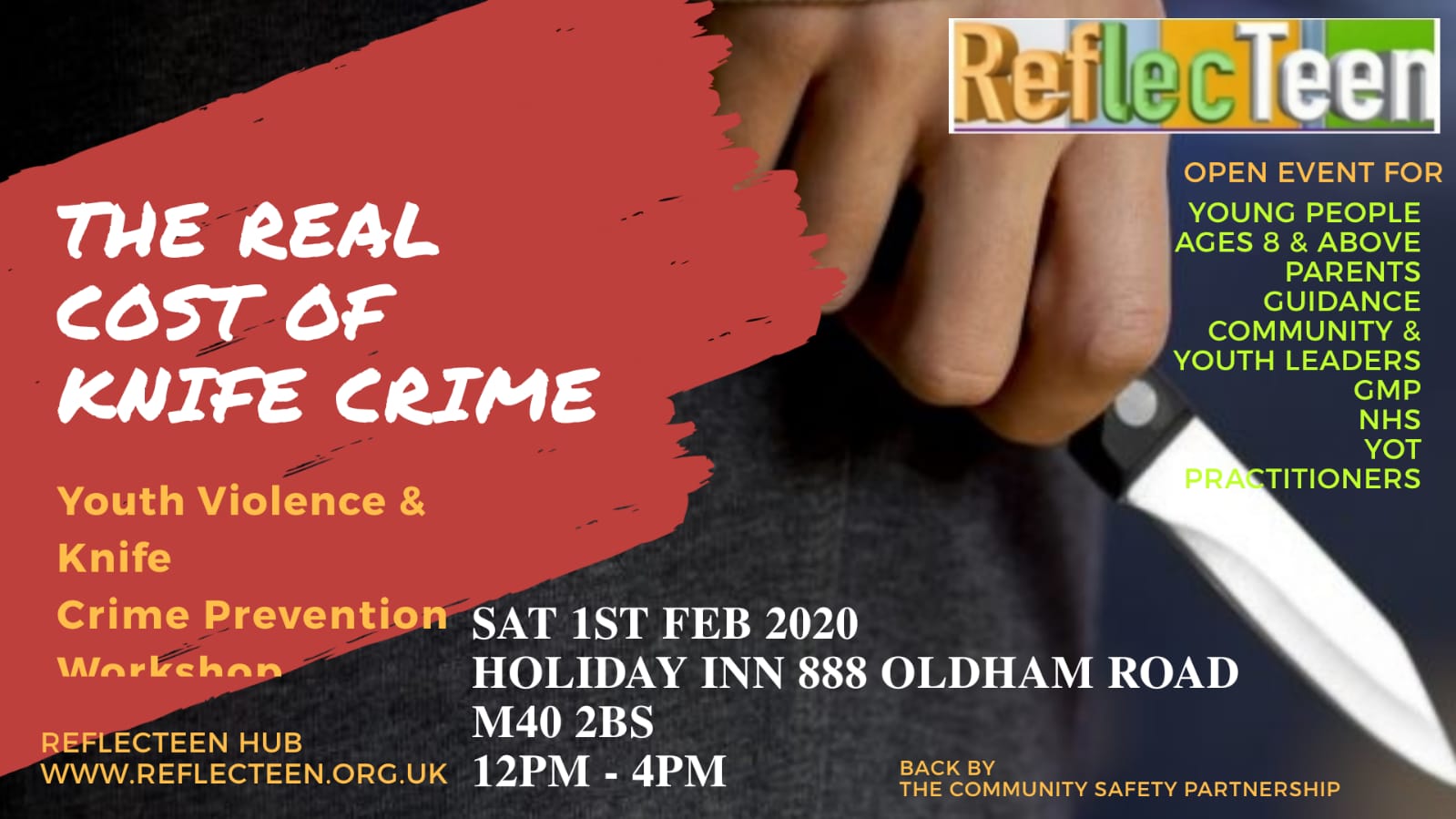 Its the start of a New decade what lessons have been learnt in the past to tackle serious violent crime. We cannot afford to continue to see our young people being killed and families bereaved of their loved ones. Join us to explore the real cost of youth violence & knife crime.
It is not impossible to combat youth violence and knife crime however, we all individually and collectively need to do our bit.

If you would like to get involved, whether to volunteer on the day, attend the event or speak about any issue feel free to Email us: admin@reflecteen.org.uk

Client focus group: Any child age 10 to 19 can attend our drop in sessions. Email us for more details: admin@reflecteen.org.uk 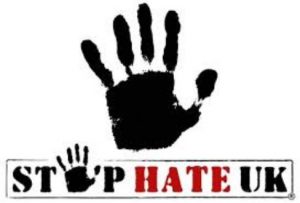 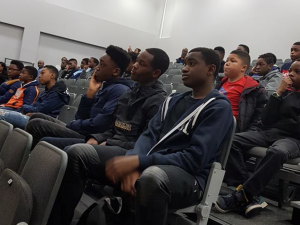 6th January 2018
Boys empowerment Event (BEE) January 6th 2018 this was a great success you can see the photos in our Photo
Read more.
After school activities
We run afterschool activities that enables teens and their parents to spend quality time in a safe, warm and an
Read more. 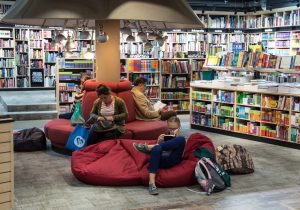 Book Club
Have you recently read a book that gripped you? Something that inspired you and you would like to share it
Read more.
We want your ideas!
Do you have any ideas for fundraising events and activites? Do you have a great creative side and want to
Read more.
New Update
We are excited to tell you about our great new website and all the things we are planning in the
Read more. 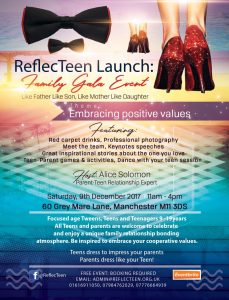 ReflecTeen Launch Party
The Launch Party was a great success please see our photos in the Photo Gallery!   We are pleased to
Read more.
Congratulations!!
A massive well done to Tania on this achievement. We’re all very proud of her and the message this sends
Read more. 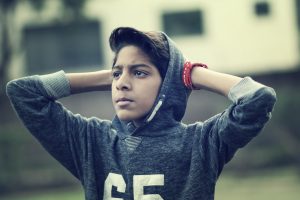 Pre teen?
Being a tween can be a strange and confusing time both for parents and children themselves, with such high hopes
Read more.
« Previous 1 2 3 Next »

With thanks to our sponsors: 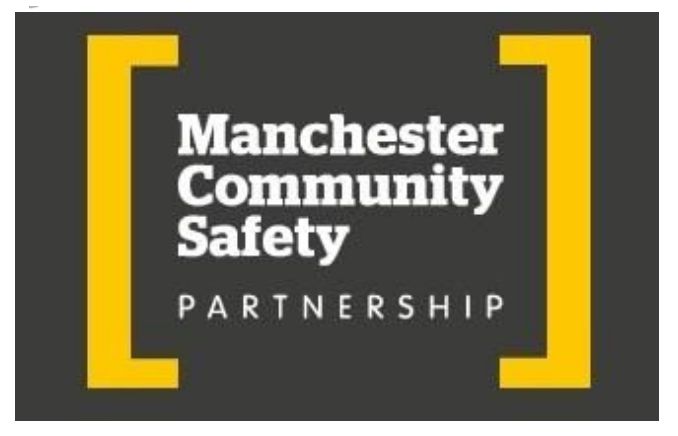